boys should be warned they could end up in jail for breaking consent laws. 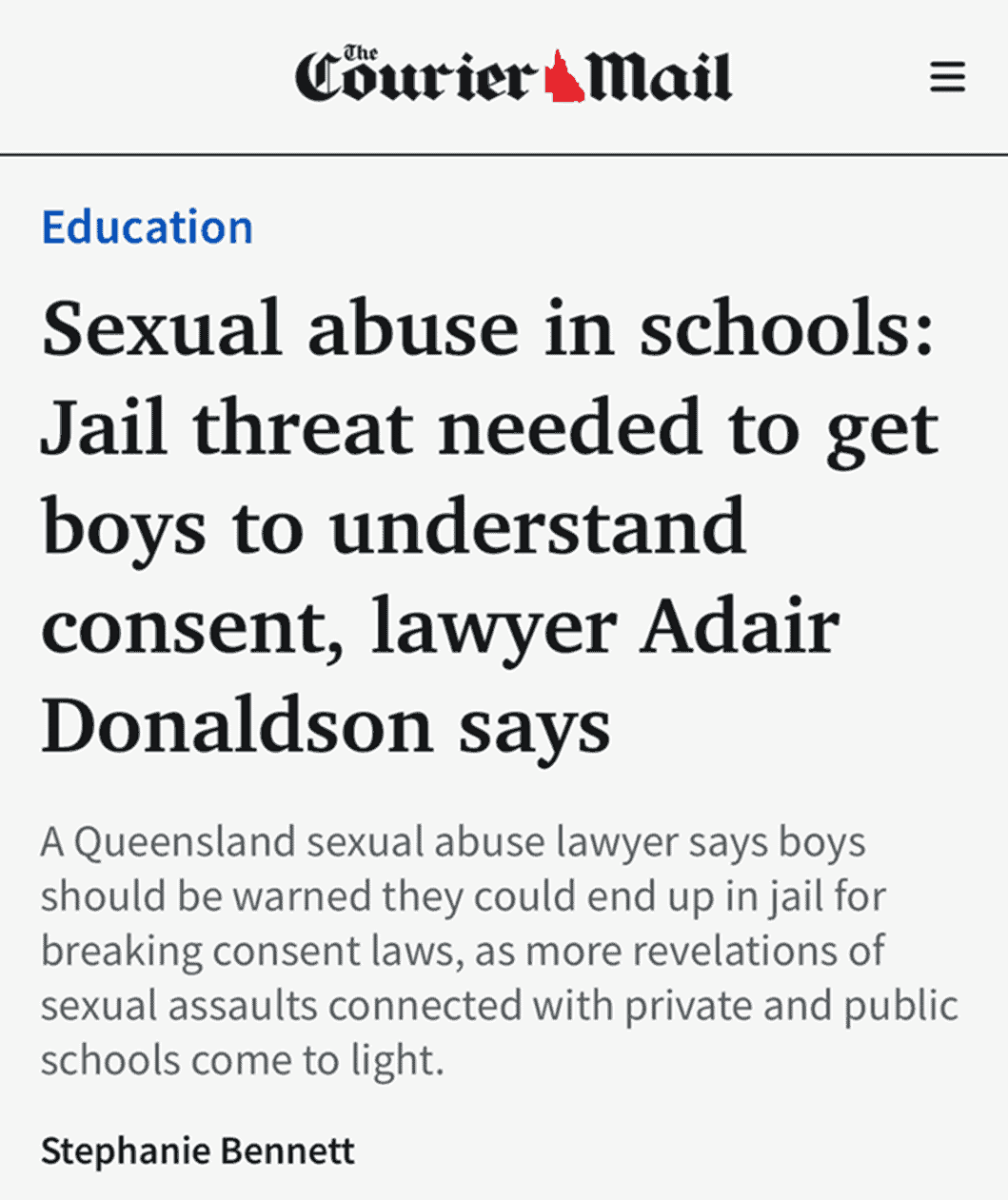 A Queensland sexual abuse lawyer says boys should be warned they could end up in jail for breaking consent laws, as more revelations of sexual assaults connected with private and public schools come to light.

A Queensland sexual abuse lawyer says boys should be warned they could end up in jail for breaking consent laws, as a state review into school sex education gets underway.

Adair Donaldson has delivered sex education and training to hundreds of schools for the past decade, and told The Courier Mail there were huge deficiencies when it came to teaching school student’s consent laws.

“We want them to understand what the laws are, and what the consequences are going to be if they get it wrong,” he said.

“If you get it wrong when it comes to consent, you could end up in jail with all the other sex offenders.”

Mr Donaldson said including education on the legal specifics around consent was crucial, with many unaware of laws surrounding legal age, mobile phone use, and attempting sexual relations with someone who was drunk.

“People still think it is OK to pull out mobile phones and take videos of people who may be passed out in a state of undress or participating in a private act and take a picture and share that around,” he said.

“Education is not a silver bullet, it’s not going to be something which is going to bring out change straight away.

“Schools are a wonderful place to start this, but it’s only one place. These conversations need to happen at home.”