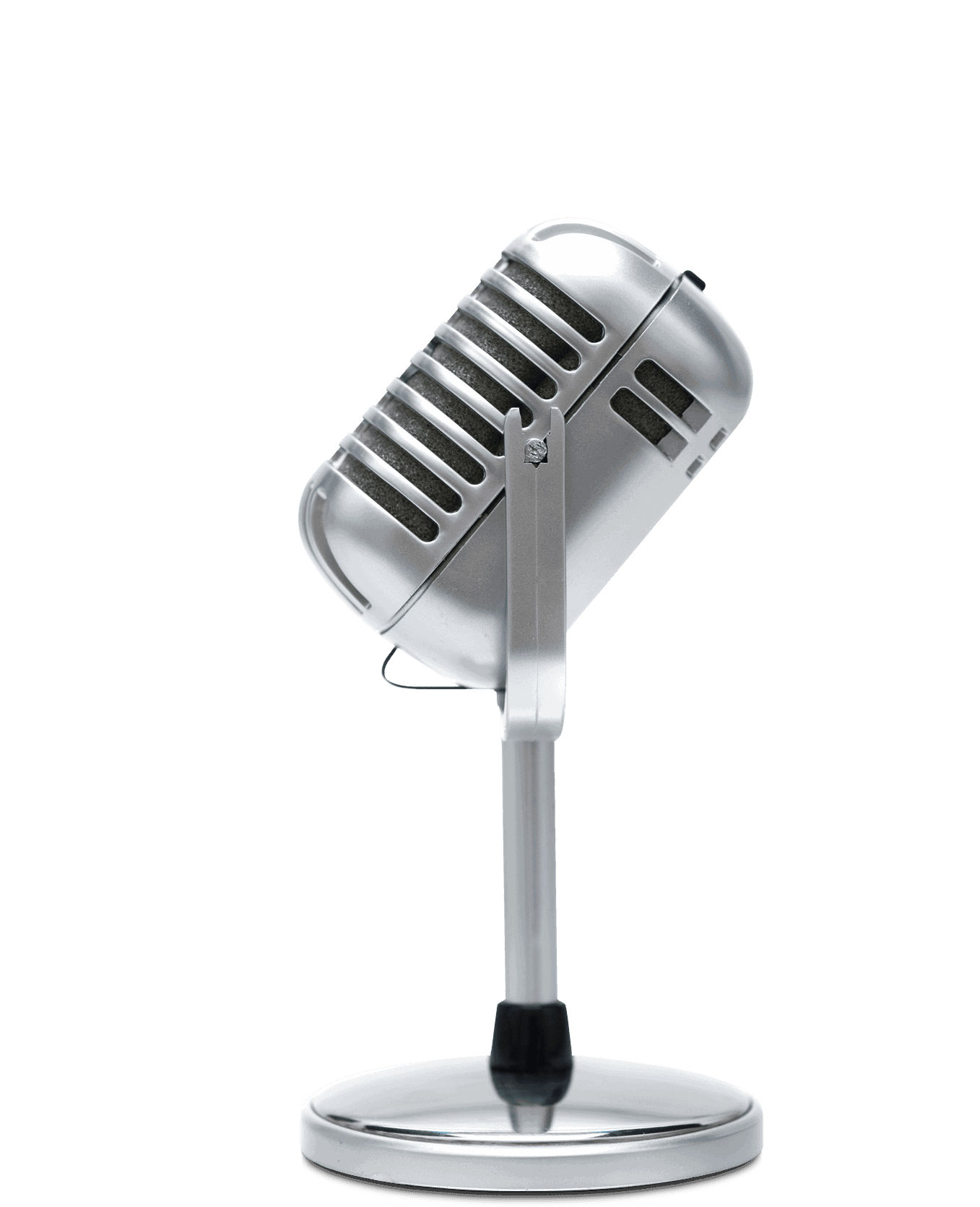 newsworthy.Our opinion is often sought-after by the national press. 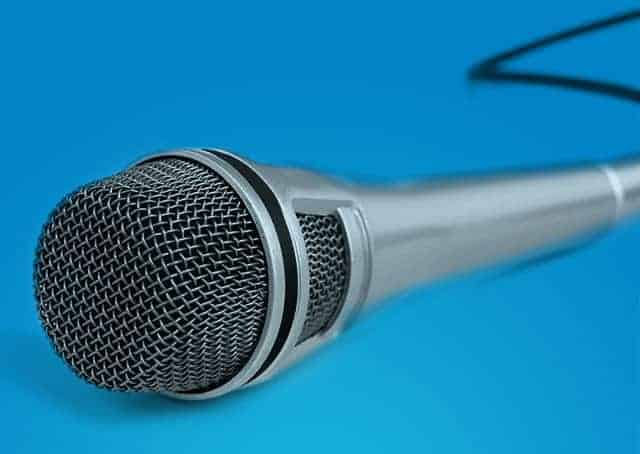 donaldson law and
adair donaldson
in the news.

Adair Donaldson, Lawyer and Director of Donaldson Law, is regularly called on by the media to comment on legal issues pertaining to abuse in institutions, sexual harassment and youth culture.

Find all the links to our latest news, including articles and press coverage below.

toxic aftertaste of a legal landslide

When $87m of a class action payout is soaked up by fees and commissions, with a ‘pittance’ left, who’s the real winner?

Op-Ed: Clock is ticking for survivors of abuse in the ADF

No doubt, abuse is a hard subject for people to talk about. Often, many survivors struggle to come forward for many years, let alone even talk about it with those they trust most. But unfortunately, it is very real and as a lawyer who specialises in assisting ADF abuse survivors, it seems to me that legal claims being brought by this brave group are only a drop in the ocean, explains lawyer Lisa Kinder.

Donaldson Law, together with Rape and Domestic Violence Services Australia, has made a submission to the NSW Government in support of setting aside settlement agreements for past child abuse claims.

We are firmly committed to the health, safety and wellbeing of our clients and staff. We have adopted measures developed by the Queensland Law Society based on advice from the Federal and State Governments during the COVID19 pandemic.

Law firms continue to be an essential business or undertaking, and are not required to close due to COVID19. And rightly so, as our experience this month has been that we are needed more now than ever before, and we can continue to provide legal services despite everything the virus is throwing in our way.

PFAS class action, fees to take over 35 per cent of compensation claim

With the announcement that the PFAS class action settlement concluded with $212 million for the three communities, $34 million of it to Oakey residents, local lawyer Adair Donaldson is warning residents that the final figure going to claimants will be reduced by at least 35 per cent by legal and administration fees.

good work, Bulldogs – because you can’t train against stupid behaviour

Another day, another NRL sex scandal. Many of us are feeling disheartened, disillusioned and dog-tired at the news that two Bulldogs players took two schoolgirls back to their hotel. But before we throw the members' passes in the bin, we need to reflect on the significance of how Bulldogs management has dealt with it this time.

People whose homes were contaminated with toxic firefighting chemicals from Defence Department bases are outraged at a proposed $212.5m compensation deal, saying it will leave them fin­ancially devastated while reaping $75m for the company that bankrolled their lawsuit.

bring back McClellan and his band to play one more time.

Deny, fight, disrespect. Repeat. Unfortunately that is still situation normal for many Australian institutions facing abuse claims. As the cover-up culture continues two years since the completion of the Royal Commission into Institutional Child Sexual Abuse in Australia we must ask the question, are survivors any better off?

Listen to Adair Donaldson's interview with ABC Southern Queensland today and tell us what you think.

tips for choosing the right lawyer

Survivors of abuse may be able to seek compensation or redress for the abuse they have experienced.

Life in the Defence Forces is hard. It is no wonder that often families wear the brunt of the cost that comes from serving our country.

Going through divorce or separation can be a stressful time in your life. Here at Donaldson Law, we do not want you to be worried about your legal fees as well. Too often we hear horror stories of legal fees spiraling out of control.

A TOOWOOMBA law firm has expanded its offerings in the region, incorporating family law into the practice for the first time, but with a difference.

Donaldson Law head of family law, Sarah Adams, has written about the importance of offering a viable alternative your family issues ending up in the Family Law Courts. Essential reading for anyone in the process of separation or divorce.

Claim farming has sunk to a new low with some now targeting survivors of abuse. Adair Donaldson has written his thoughts on this practice. Please read if you, or anyone you know, has been approached by any of these "consultants".

Institutional child sexual abuse survivors can now apply for compensation under The National Redress Scheme. The scheme will hold institutions accountable, and help survivors access the support services they need.

which is the best option for survivors of abuse?

Applying for redress under the new national redress scheme, or making a common law claim? Find out now by listening to Adair Donaldson talking to ABC Southern Queensland Radio earlier this week.

The Department of Defence has announced a revised Defence Reparation Scheme for survivors of Defence abuse.

important dates for the royal commission.

The Royal Commission into Institutional Responses to Child Sex Abuse is in the process of drawing to a close, with its final report due at the end of 2017. Accordingly, they are making arrangements about finalising matters between now and then.

why have we let australia’s most important helpline slip into money-making hands?

At Donaldson Law we think the Rape and Domestic Violence Services Australia (RDVSA) is a wonderful organisation. To find out why, read Adair's latest article.

Read Adair's thoughts on how the ADF is responding to historical abuse claims in light of the Royal Commission into Institutional Responses to Child Sexual Abuse releasing their report into the Australian Defence Force, Case Study 40.

Donaldson Law is very proud to present Busby Marou in concert on November 23rd in Sydney, in support of the Full Stop Foundation a wonderful organisation that assists women and families at their most vulnerable. Tickets on sale now! Follow link to tickets.

royal commission finds there was widespread abuse of recruits at HMAS leeuwin.

Adair Donaldson talks to Fran Kelly about the findings of the Royal Commission's investigation into child sexual abuse within the ADF.

we need to stop teaching our daughters to be polite and to just ‘shake it off’.

"Why did I teach her to be so polite?" Senior Counsel at Donaldson Law, Lisa Kinder, reflects on the importance of teaching our daughters to stand up for themselves.

australia has a sexual assault problem. we need to stop looking the other way.

Please take 5 minutes to take a look at Adair's latest opinion piece published on ABC online regarding the report on Australian universities realeased by the Human Rights Commission, and why its results matter to us all.

to the men of St Paul’s college: it’s time you took responsibility for your actions.

lawyer and parent talks candidly about the movie Don’t Tell.

Listen to Adair Donaldson talk to ABC Southern Queensland about the movie Don't Tell, the school involved, and how things have progressed for surivors since Lyndal's case.

survivors of historic sex abuse in the ADF have second chance at compensation.

Read last week’s Townsville Bulletin story about the proposed redress scheme and what surviors can do now.

our unis need to stamp out sexual assault – this is what the ADF can teach them.

"The only way we as a society can ever bring about meaningful change is by understanding the failures of the past, acknowledging the wrongs that occurred, and tackling the issues head on."

Read what Adair Donaldson, founder and director of Donaldson Law, has to say about the challenges and opportunites facing Australian universities as they deal with sexual assault.

survivors of sexual abuse – a guide to legal fees.

As the Royal Commission continues to highlight the extent of child abuse that has occurred in institutions, the survivors of this abuse are turning to the law to assist them in their search for justice, reparation and hopefully some closure.

Donaldson Law is very proud to be a sponsor for this event. Adair Donaldson will be moderating a panel discussion following the screening. We hope to see you there.

Listen to Adair Donaldson, Director of Donaldson Law speaking with Michael Brissenden this morning on AM.

important information for survivors of child abuse in the ADF.

Last week the Federal Government announced a legal directive regarding time limitations for child abuse in government organisations. Read the article for a full explanation.

Gang rape, sexual harassment and bullying of Australian Defence Force members are cited in more than 100 compensation claims, but a lawyer representing claimants has praised the ADF's response.

sexual harassment, bullying has no place in the ARU.

I have watched with dismay as the woes of the Wallabies have been blamed on the former Wallabies staff member Di Patston. Now that her scalp has been claimed, attention is being focused on the integrity of coach Ewen McKenzie, with the captain of the Wallabies insisting upon raw honesty.

With the spate of recent public assaults through Sydney, we are seeing an ever increasing tendency for people to blame alcohol. As a society, perhaps we have all been guilty at some point of compounding this issue.

putting youth in the picture.

An article featured on ABC about the acclaimed preventative law resources, ‘Putting Youth in the Picture’, created by Adair Donaldson where Adair discusses the package and what drove him to spend so much of his time and money making it happen.