Inland Rail: Why Qld landholders are missing out on ‘fair compensation’

QUEENSLAND landholders impacted by Inland Rail are at a major disadvantage compared to their interstate counterparts, according to a lawyer advising landholders along the proposed route. 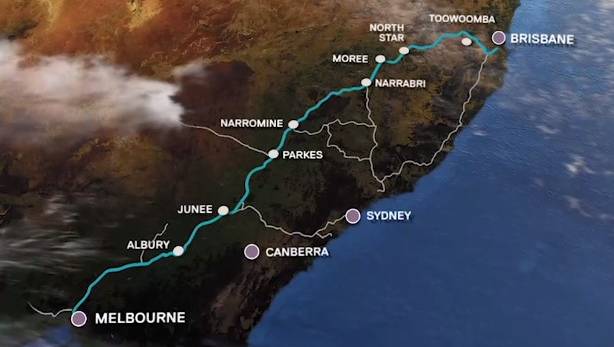 Adair Donaldson, Donaldson Law, Toowoomba, said while there was ongoing debate about the final route of the controversial project, what was not in dispute was that whatever route was chosen, landholders would be sacrificing their land and livelihoods for the benefit of the nation.

“The likes of TSBE (Toowoomba and Surat Basin Enterprise) and local councils continue to focus on the billions of dollars the project will bring to the region,” Mr Donaldson said.

“This is wonderful, but first and foremost we should be looking after the landholders to ensure they are generously compensated for the sacrifice they are making.”

Mr Donaldson said the bilateral agreement in place between Inland Rail builder Australian Rail Track Corporation saw that ARTC negotiate the route, while negotiations for compensation were handled by the Queensland Government.

“The Queensland Government is negotiating under the Acquisition of Land Act,” he said.

“Instead of taking a generous interpretation of the act, they are instead negotiating with landholders as if they were mortgagees in possession.

“ARTC may have established a good working relationship with affected landholders, but this is then being destroyed by the Queensland Government’s miserly approach to landholders, who for the last five years have suffered a huge amount of stress and trauma associated with the taking of their land.”

Mr Donaldson said Queensland landholders who will be issued with a Notice of Intention to Resume if the project proceeds, or who have already been approached to have their property acquired through an early acquisition process, were not able to claim ‘like for like’ compensation as would their interstate counterparts.

“Allowances for the disadvantages experienced by landholders, the distress they experience, the trauma associated with losing their land and livelihoods and vexation payments, are allowed in most other jurisdictions, except in Queensland,” Mr Donaldson said.

“If a property has special value over and above the market value of a property, this can also be allowed for in a compensation claim – but not in Queensland.

“With the ARTC’s Inland Rail project in mind, this results in the absurd scenario where two neighbouring properties on either side of the Queensland/NSW border, both in the path of the proposed railway line, end up being entitled to claim completely different amounts of compensation – with the Queenslanders being the sore losers.”

“This results in the absurd scenario where two neighbouring properties on either side of the Queensland/NSW border, both in the path of the proposed railway line, end up being entitled to claim completely different amounts of compensation – with the Queenslanders being the sore losers.”
– Adair Donaldson, Donaldson Law

Mr Donaldson said a major challenge facing landholders who had their land resumed was to find a replacement property.

“This is called reinstatement, and in every other jurisdiction in Australia, a financial allowance can be made for this,” he said. “In Queensland, however, you guessed it, it can’t be done. “Queensland landholders are hamstrung by these tight-fisted laws, stuck between a rock and a hard place. Wherever the line ends up going, there are going to be landholders that will be affected.

“While no landholder wants it, at the very least if they are forced to sacrifice their land, then they should be comforted in knowing that they will be generously compensated for the sacrifice that is being forced upon them.

“Instead, the shortcomings of the legislation and the tight-fisted manner in which the Queensland Government is interpreting it rubs salt into the wound of those people who have been going through this trauma caused by the uncertainty of this project for the last four years.

“It is well and truly time for our State and Federal Governments to come together and address this glaring inequality.”